An Overview of Twitter IPO Impact on Businesses and Social Media

If you own a website, it’s quite certain that you have explored all the necessary SEO skills that will ensure that the site is ranked top in search engine hits.

One way to improve your web presence is by making use of social signals tools such as Twitter and Facebook. In the recent times, we have seen that other top notch social media companies have issued their IPOs to the public.

Facebook and LinkedIn have already taken part in IPOs. It is only Twitter that is yet to unleash its IPO to the public. As you may already know, Twitter has announced that it is going public. This, in fact changes the playing field for your Melbourne, Florida social media campaign.

Impact of IPO on Twitter as a Social Media

The main goal of an IPO is to get an additional fund to finance its operation. If Twitter takes this route, there is high probability that they will win a lot of industry players. They will be able to make new investment by expansion and also including new players who will include investors, marketers and consumers. Twitter will also be the ultimate tool for connecting consumers and companies not just an ordinary social site like any other.

Impact of IPO on Consumers and Investors

Investors are always known to be very opportunist as they have the right skills to speculate. When Twitter offers its IPO to the public, they will have to regularly inform its share holders about the sales and profits. The investors will now be able to evaluate the social Medias and be in a position to establish which one tops the other.

Consumers may fall victim of this IPO. Why? If Twitter goes this way, it will reach a point where they will be thinking more about revenues than offering free stuff. Consumers may have to pay for the service as well.

Impact of IPO on Marketers and Advertisers

A company that uses paid option of Twitter to market its products or services seem to get more profits than those which use freebies option offered in Twitter too. This is according to a research that was done by Datalogix which is a research company. It is therefore a direct indication that if Twitter IPO is offered to the public, most marketers will acknowledge the sponsored clicks that is payable.

Twitter will also foresee a tremendous increase in Television related tweets. TV industries that have made use of Twitter to advertise itself have seen it to work wonders.

Twitter is thought to have a favorable time as compared to the other social medias. Currently, the US economy is reviving hence an ideal time for an IPO. The only worry is that stock markets in the globe are not at its best and this may trigger bad things to happen. If all goes well with this IPO, other companies will have to embrace themselves cautiously in future.

If you have a business, don’t hesitate to call upon the help of a professional company. Tight Line Productions are experts in Melbourne, Florida social media services. 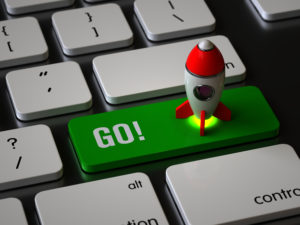 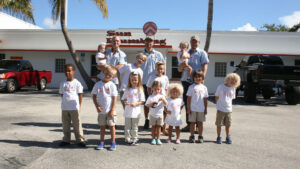