0
Battling Website Security: Hacked Websites On The Rise
10 May 2016
March 1, 2016 by tlp-seo in Announcements

Tight Line Productions (TLP), a locally owned and operated advertising and digital media production agency is pleased to announce that it has won a GOLD Addy® award for its production of a TV ad campaign for a local florist. The “Addy’s,” sponsored by the American Advertising Federation (Space Coast Chapter), is one of the largest and most prestigious national competitions recognizing creative excellence in advertising.

What makes this award especially gratifying is that the creative concept was conceived by one of our more recent hires, Matthew Tove, TLP’s Digital Sales Manager. This was even his first Television campaign! We hired Matt in 2014, and he’s proven himself to be equally talented in the electronic arena as well as on the digital side.

When pressed for comment Tove was quick to credit the talent of TLP’s Video Production Manager, Daniel Linge as well as the agency’s Graphic Designer, Scott LaFortune.

While the creative concept and script may have originated with me, it could not have come to life without the collaborative efforts of Daniel and Scotty, Tove said.

The ADDYs recognize advertising from media of all types. This year, Space Coast AAF received dozens entries in 95 categories from over 20 companies throughout the Space Coast region.

Whether it is a custom, single placed ad, or an ongoing marketing strategy, each client is treated as though the agency’s very own business depended on their success, because after all. It does! TLP’s client list reads like a “Who’s Who” of Brevard County.

While awards are a great way to celebrate, its the results that we achieve for our clients bottom line that is the most rewarding to us. Mark Lewis, President 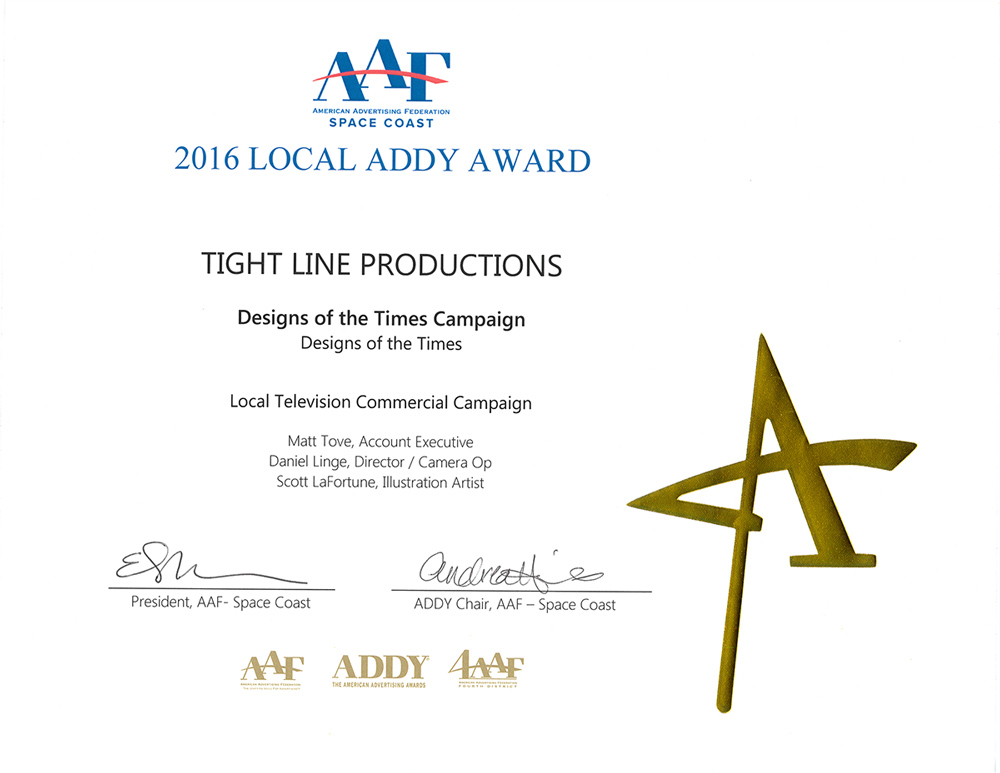 Latest posts by tlp-seo (see all)

Let's Chat!
Fill out the form and a representative will get back with you within 24 hours.
Send Message
We never share your details.
×